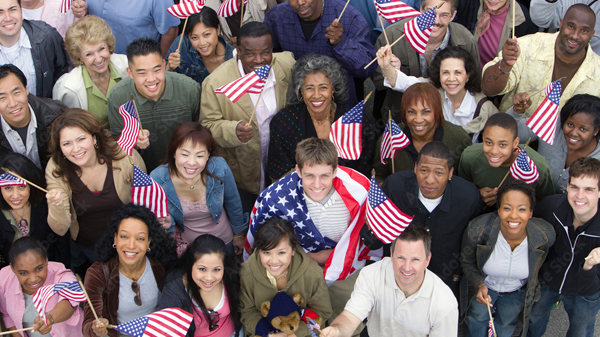 This is the first of four columns outlining the potential for a dramatic shift in the American political and governmental system. These columns are dedicated to turning a temporary opportunity into a permanent change that can create a stable reform government for several generations.

The combination of Big Government Socialism, woke radicalism, a governing performance disaster, and weak personalities at the top of the Democratic Party is creating an opportunity for a new American majority to emerge that brings together everyone who rejects all three components—and supports common sense efforts to create a better country for everyone.

Woke cultural issues are even more decisively in a minority. By 67 percent to 20 percent Americans oppose transgender men competing in women’s sports. An overwhelming 75 percent believe there are only two genders.

But that’s just the tip of the iceberg. There is even more common ground in America.

What is emerging is the potential for an American rather than a Republican majority.

If everyone who opposes Big Government Socialism and leftwing woke ideology can work together, there is enormous potential to get good things done. This potential requires Republicans to think much more broadly about their language, proposals, and actions.

Done correctly, the 2022 and 2024 elections can bring together Republicans, Independents and anti-left Democrats into a grand coalition comparable to the one President Franklin Delano Roosevelt created in the 1930s (which in many ways has defined our politics for 90 years).

Building an American majority does not require accepting the policies of the left. There are tens of millions of Democrats who are tired of high food and gas prices, rampant crime, the collapse of the border, the inconsistencies of leftwing bureaucrats. This American majority can reject every element of the left and still be a broad coalition of Republicans, Independents and anti-left Democrats.

The members of the American majority are those who favor common sense solutions to the challenges that face America and oppose those who, for their own hard left ideology, try to force unworkable solutions down American throats.

The key ideas for this new American majority were developed and explained by Ronald Reagan, a Democrat-turned-Republican. As a movie star, Reagan knew his following was much broader than the Republican Party – which according to Pew Research after Watergate had dropped to 21 percent of all Americans by 1975. Internal polls at the Republican National Committee were even more disheartening, with only 17 percent identifying as Republican. There was a real danger that the GOP would become a minority party.

It was clear that a base mobilization campaign would get nowhere with a base that small. There had to be a base broadening campaign, and former Gov.Reagan understood this imperative.

“A Republican Party raising a banner of bold colors, no pale pastels. A banner instantly recognizable as standing for certain values which will not be compromised. Yes, we must broaden our base, but let’s broaden it the way we did in 1972, because those Americans — Democrats and Independents and Republicans — are still out there looking for a banner around which to rally. And we have what they want, what they’re seeking. But they don’t know that. And sometimes I wonder if we know it.”

Reagan’s vision of “no pale pastels” repudiated the Republican establishment’s desire to take the GOP to some kind of mushy middle, where Republicans could pretend to be frugal liberals and could be intimidated into accepting the establishment’s dumbest and weirder ideas.

When Reagan’s vice president, George H. W. Bush, was behind by 19 points in May 1988, there was a temptation to “move to the middle.” But the Reagan spirit was still there. The strategy was adopted to expose Gov. Michael Dukakis for the liberal he was. After five months of defining Dukakis as a Massachusetts liberal, Bush won with 54 percent, which meant that one-out-of-four voters switched between May and November. That was the power of Reagan’s bold colors.

After the damage done by Joe Biden, Kamala Harris, Nancy Pelosi, and Chuck Schumer, there has never been a more opportune time for a bold colors GOP. Done correctly, it will attract millions of Independents and anti-left Democrats. Then, in 2023 and 2024 – if the Republican majorities in the House and Senate govern with an American majority attitude rather than a narrower Republican majority attitude – there will be an opportunity to win in 2024 with a campaign that attracts everyone but the hard left.

Many Republican governors already understand the power of articulating solid conservatism while solving problems with common sense and focusing on helping people improve their lives. The key is for GOP House and Senate candidates and members (and their staffs) to learn this. They must create both the campaign in 2022 and the opening round of governing as a majority in 2023. The examples of the Republican governors and the Republican Congress should create an opportunity for the Republican presidential candidates to compete for the nomination of an American majority movement — not just a traditional Republican Party.

The difference between an American majority and a Republican majority is so important to the future of the country that I am dedicating four consecutive columns to outline how it can work.

The next column will be on President Reagan, his approach to governing, and his re-election. Then in the third column, I will turn to the bipartisan nature of the Contract with America. I’ll explain how it helped us win a majority for the first time in 40 years – and then win re-election for the first time in 66 years (since 1928). Finally, the fourth column will outline the polling data from the American Majority Project, which indicates the potential for a citizen’s majority that transcends the traditional parties.