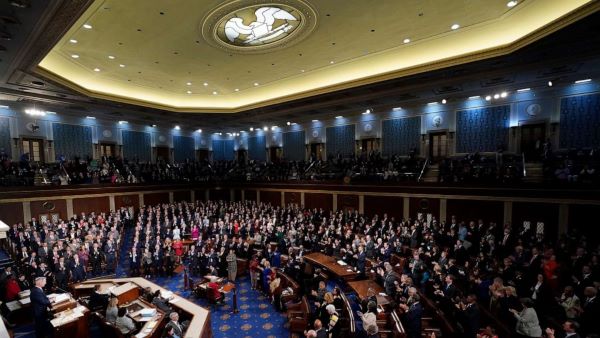 Americans want congressional leadership to empower rank-and-file members by giving them time to read bills before they cast their votes. Americans also agree that the appropriate Congressional committees should be given time to review agency budgets before agreeing to appropriate funding.

WHY IT MATTERS – These are two of many reforms Speaker McCarthy has pledged for the new Congress.

TIME TO READ THE BILL – A Scott Rasmussen national survey asked participants if they favor requiring bills to be presented in final form at least three days before a vote.

Eighty-nine percent of Republicans and 82 percent of Democrats favor the requirement.

REGULAR ORDER – The survey also asked voters if they favor a return to regular order, which requires that the budget for every government agency is reviewed by the appropriate Congressional Committee before being given funding.

Seventy-nine percent of Republicans and 65 percent of Democrats favor a return to regular order.

LESS CONTROLLING – Finally, the survey asked which was better – a powerful Speaker of the House who can control members of his or her party or a less controlling speaker who ensures that members have a voice in policy decisions.

Sixty-four percent of Republicans and 50 percent of Democrats prefer a less controlling Speaker of the House.

CONTEXT – The poll comes amidst highly negative approval ratings for Congressional leaders while there are a record number of safe seats in Congress.  It is no surprise that taking away power from leadership and giving it to rank-and-file members is popular.

This Counterpolling™ survey of 1,000 Registered Voters was conducted online by Scott Rasmussen on January 10-12, 2023. Field work for the survey was conducted by RMG Research, Inc. Certain quotas were applied, and the sample was lightly weighted by geography, gender, age, race, education, internet usage, and political party to reasonably reflect the nation’s population of Registered Voters. Other variables were reviewed to ensure that the final sample is representative of that population. The margin of sampling error for the full sample is +/- 3.1 percentage points.