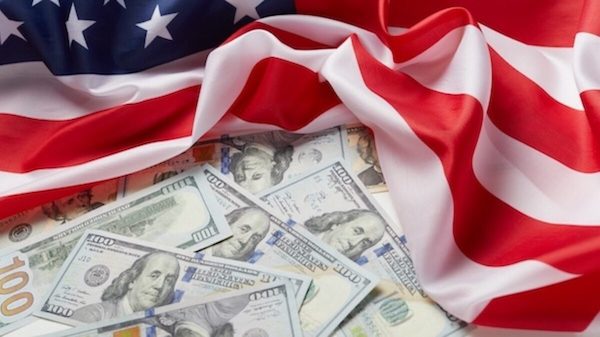 The American Majority Project is off to an amazing start.

We are hearing from the American people through national polling and focus groups.

In John McLaughlin’s monthly national survey, we have discovered that “Free Enterprise Capitalism” as a term beats “Big Government Socialism” by 59-16. When you have a contrast that is almost 4:1, you must explore it in detail.

The detailed results were astounding.

Even among Democrats, 44-27 favor Free Market Capitalism. Apparently, the Big Government Socialism label is much more undesirable than Socialism alone, so I am modifying my language in everything I do.

Those who McLaughlin surveyed favor Free Market Capitalism over Big Government Socialism nearly across the board:

• Hard liberals are 42-38 in favor of free market capitalism.

If we could brand the House and Senate votes for the $3.5 trillion spending bill into votes for Big Government Socialism, it could kill the bill and defeat a large number of members who voted for it.

The key is to get the terms widely repeated by virtually everyone on our team – including analysts, writers, TV personalities, radio hosts, podcasters, etc.

If over the next year and three months, the choice for Americans becomes the party of Big Government Socialism vs. the Republican Party, we could win a Prime Minister Margaret Thatcher-scale victory, which would reset the system (no leftwing leader has won the prime minister’s seat in 40 years).

The key is to make it a six-word formula, not a two-word formula. This is harder than it sounds because people instinctively shorten terms. We know this from testing: The capitalism vs. socialism fight does not surface the clarity and intensity that the Free Market Capitalism vs. Big Government Socialism choice does.

We have since tested in depth the two concepts in a poll of swing voters. There were no committed Democrats or Republicans in the sample. These were the voters who could decisively change an election if a large percentage of them went one way or the other.

The results among swing voters were even more startling than the responses from all voters. One sample favored Free Market Capitalism over Big Government Socialism by 82-18. The second sample was 77-23. Even liberals favored it 55-45.

If swing voters were choosing in the next election between Republicans and Big Government Socialists, the Republicans would likely win 64-35.

The power of this six-word formula is so great we are going to focus on how to communicate it to every American – and on every issue – recognizing that it could lead to an American Majority of stunning power.

I will send you another briefing in about two weeks.

Meantime, I wrote the following newsletter this week to outline the political impact of the giant spending bills. I hope you enjoy it.