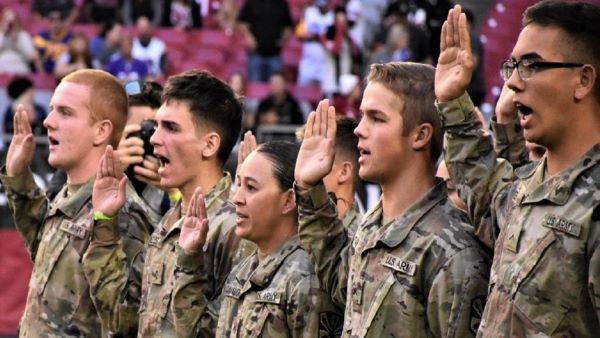 As the humanitarian disaster of the War on Ukraine continues, it is worth taking a minute to look at its impact on the political environment in the United States.

There are numerous factors building that will influence the attitudes of the American people. In almost every case, these factors make it harder for the Democrats and easier for the Republicans to earn the support of voters. I don’t mean this to be a partisan statement. It is based on my observation of current polls, historic party positions, and past behaviors by voters.

There was already a bad environment building for Democrats running in 2022. Consequential challenges such as inflation, supply chain shortages, rising crime rates, an open border with more than 2 million people illegally coming into the United States, the rise of woke social issues, and the fight over what children are taught by woke educators, have all contributed to the momentum against Democratic candidates.

Now, the Russian invasion of Ukraine has added additional difficulties for the governing party.

The combination of Biden’s oil and gas policies – with the restrictions on Russian oil and the refusal of OPEC to produce more oil and gas – have increased prices dramatically. While the most obvious impact is on gasoline at the pump, the multiplier effect of high diesel prices on the cost of delivering goods by truck and the increased cost of producing fertilizer with its petroleum content have guaranteed substantial price increases. As a result, it is likely that inflation will be the No. 1 issue this fall.

The combination of petroleum prices and the loss of Ukraine as a food supplier guarantees enormous hardships for several hundred million poor and vulnerable people around the world. There is a real possibility that food shortages and price increases will lead to severe political unrest (as they did during the Arab Spring).

The chaos in the Black Sea is further compounding shipping problems because a large number of merchant ships now have no ports to use.

The outbreak of coronavirus cases in China and its totalitarian zero-COVID policy has also increased the supply chain problems as factories have closed and shipping has been disrupted.

The American people clearly support the Ukrainians in their fight against the Russian invasion. Vladimir Putin is more disliked than ever, and hostility toward Russia in polls now rivals anything expressed during the half-century of the Cold War.

The gap between Volodymyr Zelenskyy’s personal charisma and courage and the incompetence of the Biden-Harris administration further weakens the Biden team as it prepares for the fall election campaign.

The savagery of the Russian attack on civilians, hospitals, and schools has dramatically increased support for a stronger national defense policy. When combined with anger over rising crime rates, the shift back toward safety helps Republicans and hurts Democrats.

Many things are up in the air, and there will be many changes in the days and weeks ahead, but this is how I see the general situation as of mid-March.