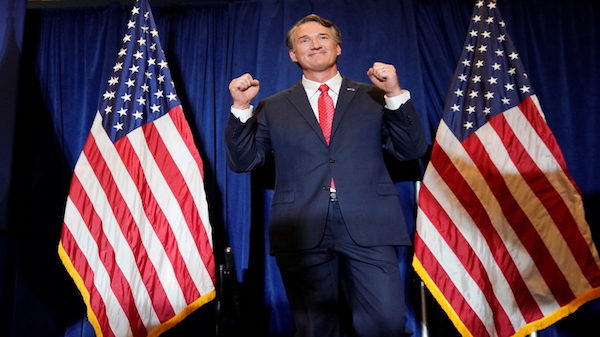 As a subscriber to the American Majority Project, I want to share with you the remarkable victory speeches given by Virginia Governor-Elect Glenn Youngkin and Lieutenant Governor-Elect Winsome Sears. I am including their transcribed remarks as well as links to videos of the speeches below.

Youngkin’s Team ran on a solid, issue-oriented platform and executed a forward-looking and inclusive campaign. Being joined by an African American lieutenant governor and a Latino attorney general is a powerful step toward a governing American Majority which isolates the left and creates a generation of good government.

Anyone interested in 2022 and 2024 should study the Virginia campaigns.

The research we have been doing on effective language and the American people’s support for positive leadership on a variety of issues is providing a powerful framework for building on the Virginia victories and turning 2022 into a repeat and expansion of 1994 and 2010.

In previous updates, I wrote to you about our work to expose the unpopularity of the Democrats’ Big Government Socialist agenda (which is only supported by about one-sixth of Americans).

We have work underway to develop the most effective way to present to voters the radicalism with which teachers unions are ruining k-12 education in government schools.

The wave of positive elections in Virginia and elsewhere on Tuesday indicates a great opportunity in the 2022 and 2024 election cycles. The right language, and issues-oriented campaigns, could prove tremendously powerful.

We continue to work to provide every interested citizen with the tools to be effective in arguing for a better future – and driving Big Government Socialism out of the political conversation.

I look forward to your thoughts on these and other issues.