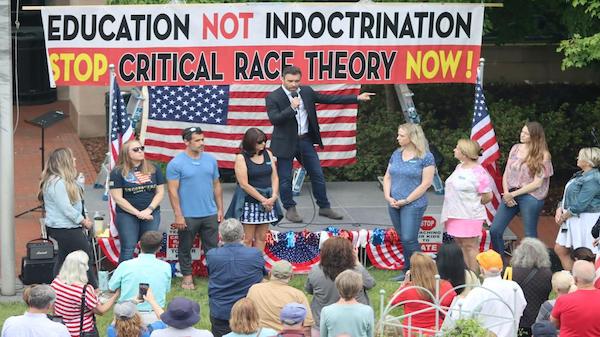 We completed our first round of focus groups late last week. We talked with black, Hispanic, and white swing voters over 65, and Chinese American swing voters.

We learned a lot, and there is much to unpack and digest. We will have a more comprehensive report for you in a few weeks. But in the meantime, I wanted to highlight one particularly useful finding.

We were a little surprised at this level of support for teaching critical race theory in schools, and we have an idea of what is happening.  Even though there is some level of awareness about the controversy around critical race theory, there is little awareness of what teaching it in K-12 schools entails. This leads voters to resort to their pre-existing partisan and ideological leanings.

Our theory coming out of the poll was that this showed the need to get specific about what teaching critical race theory means. It is not enough to use the term and assume people understand it. We put this theory to the test in this month’s groups by listing some examples of critical race theory in practice in our schools and asking for reactions. Here are our findings:

The group with the highest level of support for teaching critical race theory in schools were the black voters. Here are a few observations:

As mentioned, we will have a longer report on these focus groups in the next few weeks.