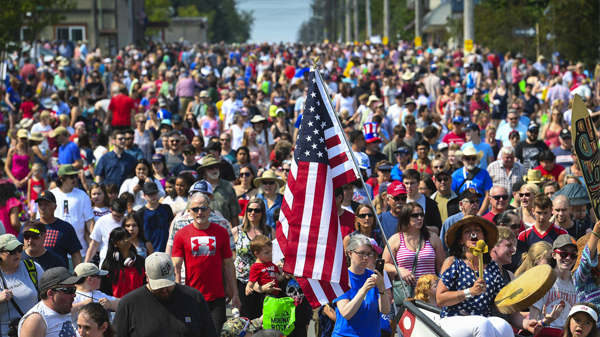 Note: For detailed analysis of the makeup of the New American Majority, read our report here.

The American people realize that virtually everything – from energy, to crime, to the border, to food, to education, and beyond – is simply not working.

Eighty-seven percent of the American people support the concept that we must restore the America that works.

That massive support is the beginning of a pattern that could become a New American Majority.

This is not a new Republican majority. This is a New American Majority. This follows the tradition of President Ronald Reagan’s constant appeal to Democrats and Independents as well as Republicans, which is the origin of Reagan Democrats (most of whom later became Republicans).

This New American Majority presents historic opportunities in 2022, 2024, and 2026 to expand the Republican brand and dramatically broaden our base.

Our study suggests that 62 percent of Americans are already supportive of Republican candidates who fight for the right issues with the right language. There is a 25 percent bloc of hardcore Big Government Socialists who we will never attract, but there remains a battleground of 13 percent of Americans – many of whom could be persuaded to join the New American Majority some of the time on some issues.

We have tested a 24-item slate of policies and ideas to see how adding the word Republican affects issues with strong general majorities. Republican candidates can focus on championing positive policies to attract and assemble the New American Majority. Here are some of the highlights, which we found incredibly encouraging.

Importantly, our polling explicitly asked if voters would support Republicans who championed these policies. We learned there are large numbers of young Americans (Gen Y, Millennials, and Gen Z) and large numbers of Black, Hispanic, and Asian voters who support these ideas – and would support Republicans if we used the right language and committed to serious outreach.

There are clear, developed, and positive issues and solutions that the New American Majority will support and will move us toward restoring an America that works for all Americans.

If Republicans can unite as a party around these issues, commit to using this language – and work with and communicate with every element of the American people – Republicans could win a majority in 2022 that would dwarf anything we were able to do in 1994 or 2010. If they follow through with these solutions, they could create a governing majority – and prosperity for Americans – unlike anything we have seen in our history.

But, to do that, we must stay focused on our solutions and not get dragged into the Democrats and news media’s efforts to distort and confuse the debate. We must always remember that the politics of everyday life are vastly more important than the politics of Washington.

Then, Republicans must work together to begin moving toward the America that works if they are to win in 2024.

All of our polling and focus group information is available in the polling section of this website.