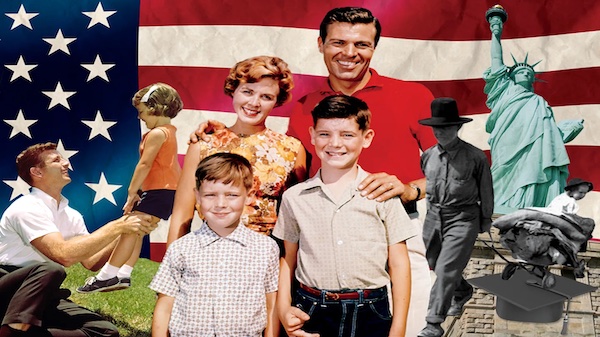 Our recent survey that showed “free-market capitalism” was favored by 59 percent to 16 percent over “big government socialism” came as a shock to some in the establishment. Many were convinced socialism was gaining favor, and we had to spend our time apologizing for capitalism as it declined.

Fortunately, it seems that two generations of educational indoctrination and news media bias have not dented faith in free-market capitalism—nor have they meaningfully increased support for big government socialism.

There are three reasons for this.

The first is cultural: A deep belief in achievement, hard work, big dreams, and success forms the heart of American culture. The spirit of American belief in excelling is captured in the Heisman Trophy, winning the Master’s Tournament, television shows about great chefs, the Final Four in college basketball, and the winners in shows such as Dancing with the Stars—the list is endless.

“Americans love a winner and will not tolerate a loser. Americans play to win all the time. Now, I wouldn’t give a hoot in hell for a man who lost and laughed. That’s why Americans have never lost and will never lose a war.”

Good radical activists might scoff at Patton as an obsolete example of right-wing thinking, but most Americans will resonate with his theme. This is why there is such anger about failing and leaving Americans behind in Afghanistan.

The belief in working hard and achieving is captured in the reaction to Oregon’s insane new law abolishing standards in math, reading, and writing for high school students. According to Rasmussen, the American people reject abolishing graduation standards by 81 percent to 12 percent. In fact, most Americans believe collapsing standards hurt minorities and poor children who need the standards to be able to learn enough to rise.

Big government socialism fails these cultural tests. It emphasizes subsidizing dependence, giving money to people who haven’t earned it, propping up politically connected interests (even if they always fail), favoring bureaucracies over small businesses, and discriminating against successful people. This alienates most Americans and is counter to their sense of how life should be lived.

Second, American history teaches the value of free-market capitalism. There is a certain symbolism in the Declaration of Independence and Adam Smith’s “The Wealth of Nations” being written in the same year—1776. This was a big, breakthrough year for political and economic freedom. The Founding Fathers were deeply aware of Smith’s works. As the first Secretary of the Treasury, Alexander Hamilton (of musical fame) wrote the Report on Manufactures to the Congress, which is a model of sound economic thought.

Early Americans wildly supported self-promotion, dreaming big, and launching new enterprises. The spirit of free-market capitalism drove America to become the most technologically advanced, prosperous, and talented society in the world. There was a steady stream of invention and investment throughout the 19th century—from Robert Fulton’s steamboat to Samuel Morse’s telegraph to Abraham Lincoln’s transcontinental railroad. Then, the Wright brothers invented the airplane; Henry Ford invented affordable, mass-produced automobiles; and Thomas Edison invented the electric light, the motion picture, and scores of other things.

Even in our day, the spirit of “go get it” has driven American geniuses such as Bill Gates, Steve Jobs, Mark Zuckerberg, and thousands of others to invent new products, services, and opportunities on an unrivaled scale. No other country touches the United States’ ingenuity (Chinese production is impressive, but its innovation is less impressive than its ability to steal American intellectual property).

From the local small business owner to Sam Walton’s meteoric growth of Walmart, there has been an American belief that you can get ahead if you are willing to try.

Big government socialism is based on the opposite interpretation of history. Socialists believe you can only succeed if the government intervenes to guarantee your success. Back in 2012, Andrew Cline captured this essential difference in a piece for The Atlantic about former President Barack Obama’s infamous “you didn’t build that” speech.

Cline argued that Obama had inversed Democratic party-founder and former President Thomas Jefferson’s assertion that the government was created to secure—not grant—our rights to our wealth and property.

Overwhelmingly, Americans distrust big government and reject the idea that their efforts are subordinate to some bureaucrat’s need for their money.

The final reason comes down to our American experience. The contrast of being an empowered customer in a market versus a dependent client trapped in bureaucracy proves that free-market capitalism is far superior to big government socialism.

Compare FedEx or UPS with the U.S. Postal Service. Compare your treatment as a valued customer with your treatment as a number in a line at a government office. In free-market capitalism, companies want to make you happy so you will continue to do business with them. In big government socialism, you must follow prescribed rules to please the bureaucrats so they will address your problems. Companies are forced to constantly innovate because of competition and the rise of customer expectations. Bureaucracies can go on in perpetuity without change because they have no effective pressure to improve.

Companies that are corrupted go broke—or their leaders go to jail. Bureaucracies with significant corruption ask for more money. Their leaders are often promoted.

Whether it is the culture, the history, or the experience, by more than 3:1 (59 percent to 16 percent) Americans prefer free-market capitalism to big government socialism.

To achieve this preference, the American majority needs only to elect officials who reflect it.